The breeder of Firenze, the freshly-retired 12-year-old holstein-freisian bull says it's his fantastic temperament that's made his genetics so popular with farmers.

Firenze has 40-thousand daughters in the New Zealand dairy herd alone and over the last 12 years he's generated about $8 million in revenue, and 650,000 doses of semen, for the herd improvement company CRV Ambreed which retired him this week at a ceremony in Hamilton.

Firenze is now heading back to the farm where he came from near Dunedin and his original owner Philip Wilson says he'll make sure he gets a few cows to keep him happy. 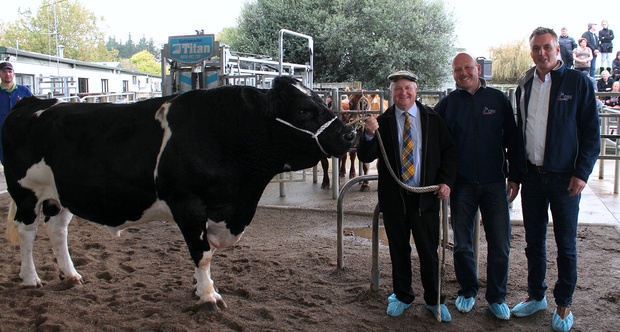 "His mother was a pretty unique cow," he says.

"My son always reckoned she was a great saving on both petrol and on weed chemicals.

"She'd get to the cow shed, and I don't know how she did it, but somehow she filtered her way through the herd and she's make sure she was in the first row to be milked, so she could get back out in the paddock and get straight into the tucker.

"So, the mother was an extremely quiet cow, quite a personality, extremely friendly."

"Well, we're just bringing him home because we are proud of him and we reckon he deserves a bloody good retirement.

"Hey, look, there'll be the odd day when he gets a smile on his face. We'll make sure he gets the odd cow.

"So, from our point of view, it's a bit like having a horse that's won the Melbourne Cup, that's about the equivalent of what he's done and so, it's with a lot of pride that we've been the breeder, we're pleased that it's given farmers some satisfactory cows to milk."

Firenze's off-spring can be found in about 3300 dairy herds around the country.