Dairy farmers are being urged not to ignore the growing United States dairy industry as it starts to muscle in on this country's traditional export markets.

David McCall from DairyNZ said large-scale farms with feedlots of up to 30,000 cows makes for a much cheaper operation.

He said that, until recently, most American dairy products were consumed domestically, but that's now changing. 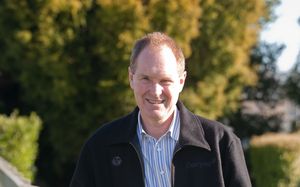 "They've made some changes to set up their dairies and some of their processing factories directly to produce export product, is one thing that they're doing. And they're producing the sort of products now that Chinese and other markets are demanding.

"And secondly, there's emergence of, the mega dairies - which are taking over the desert areas of the United States.

''They've got the scale that allows them to use quite advanced technologies, particularly information technologies; they're very information rich farms and they are leveraging some very good managers and managing those operations with up to 200 staff."

Mr McCall said the key conclusion he came away with from his American trip with was that the New Zealand dairy industry needn't follow the United States' way of doing things.

"We have to focus uniquely on our unique competitive advantages and ensure that we keep working away at those to make ourselves more efficient, drive out waste, increase our precision and compete on our terms," he said.

Mr McCall will talk about the United States and its place as a key competitor to this country's dairy industry at the Dairy Farmers Forum which begins in Hamilton on Wednesday.