The New Zealand wine industry says the value of exports will keep rising are topping the $1.3 billion mark for the first time. 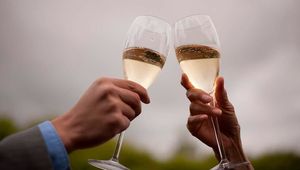 The New Zealand Winegrowers' chief executive Philip Gregan said export returns rose by more than 9 percent in the past year, due to a combination of increased supply from the 2013 vintage and the continuing strong demand in overseas markets.

He said it was expecting further strong growth in the year ahead when the 2014 vintage wines are released from August-September on.

"We're still conducting our annual vintage survey. Clearly it's going to be up on last year, but quite how much, we'll have to wait to see what the numbers say."

Sauvignon blanc still makes up about 85 percent of New Zealand's wine exports and Philip Gregan says the demand shows no sign of slowing down.

New Zealand Winegrowers chief executive officer Philip Gregan, said it's due to a combination of increased supply from the 2013 vintage and the continuing strong demand in overseas markets.

"So bring the two things together and we've got 9 percent growth in value over the past year."

"In 2013, the vintage was substantially larger than the short 2012 crop, so that really has enhanced our ability to grow sales in the past year."

Mr Gregan said the industry was keeping a close eye on supply and demand to ensure they stayed in balance.

"Wineries and growers are keenly aware that the balance between supply and demand is something that has to be managed but it can only be managed on an individual company basis, of course,' he said.

"It's clear that at the current time, a number of wineries have already run out of wine from the 2013 vintage and are looking very much forward to the 2014s becoming available."

Mr Gregan said wines from this year's harvest will start to appear for sale from August-September and the volume of supply will be up again on last year.