The failure of many dairy farmers to comply with employment laws has taken a new turn, with the Government now moving to change the law.

The key issue is the rules on minimum wages. 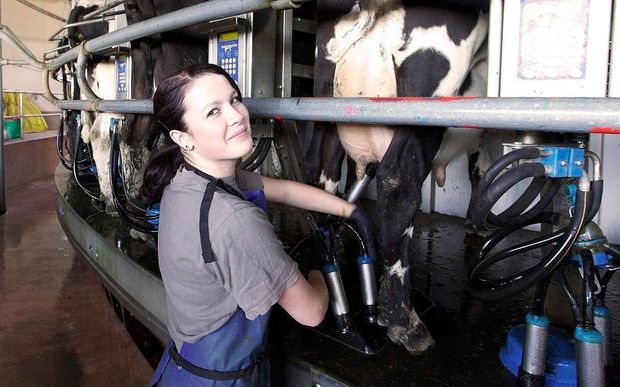 Most of the breaches related to not keeping accurate records of time worked and wages paid.

Now, the ministry is calling for submissions on a proposal to amend the Minimum Wage Order to allow for a fortnightly minimum wage rate.

Currently wages have to be assessed and paid on a weekly basis.

Dairy farmers say that's a problem for them because they've been used to averaging out wage payments over a season, to take account of busy and quieter times in the farming year.

Federated Farmers' employment spokesperson, Katie Milne, has confirmed that the Federation along with Dairy New Zealand, has been seeking changes in the minimum wage rules to make them more workable from the farmers' point of view.

"There was a case earlier in the year, where a ruling was made that every employee receiving a salary must receive at least the minimum weekly wage, even if they worked less than 40 hours in any week.

"And so of course because dairy farmers, in particular, tend to run a modern roster revolving around fortnightly roster periods, if you can't average the two out, while still recording all the hours worked, you won't be able to provide a consistent pay packet for one, and it would certainly be complicated to work around.

"It would be a nice simple solution to allow it to be worked out fortnightly which could suit all parties and still leave the employee no worse off".

"One of the protections in the Minimum Wage Act is a weekly amount that must be paid for every 40 hours worked, and on top of that the workers are paid the minimum wage of $14.25 an hour.

"Farmers are lobbying to have that law changed to make it a fortnightly pay so they can reduce farm workers' pay even further, by saying if you work 60 hours one week, but 20 hours the second week, we can average your earnings over that period of time."

She says that will create incentives for farmers to work farm workers for longer hours than they currently work, without the penalty of the minimum wage being payable for each hour worked.

Ms Kelly says the Minister of Labour has told the CTU he supports the move to make minimum wage rules more flexible and expects the Government will move quickly to accommodate farmers.

The deadline for submissions to the Business, Innovation and Employment Ministry is Friday 16 May.