The impact of Easter's storm on farmland near Kaikoura has been severe with serious flooding and farm fences and roads destroyed. 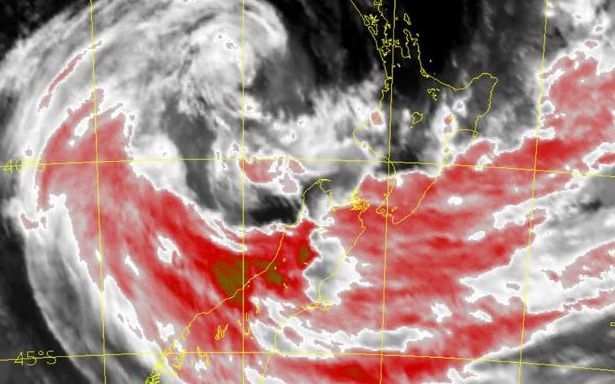 Labour Party Kaikoura candidate, Janette Walker, has been in the area throughout the weekend and says farms there have received a battering and farmers have a massive clean up job ahead of them.

Ms Walker says the impacts of the storm are very similar to Manawatu during flooding there in 2004.

She says the Government needs to step in and help by declaring the storm an adverse event which would mobilise support and help the farmers clean-up.

"These farmers also need access to bulldozers and diggers to come in initially and just open up their farms, open up their main tracks so they can access their farms. You've got to understand that these farms, because of all the slips and the fence damage, they're just one big paddock, so controlling stock will be a nightmare.

"And then later on, once things dry out they'll need the Taskforce Green people to come in and just shovel the fencelines clean, because that's the only way to do it."

Its regional milk supply manager, Tony Watson, says while business is returning to normal in terms of milk collection, a minority of the company's farmers have been badly affected.

"We're certainly aware of some farmers individually who are for example milking through neighbouring sheds still just to make sure they can milk because their own facilities they've been damaged to a point where they need major repairs."

On Thursday, the remnants of Cylone Ita destroyed buildings, toppled trees, blocked roads and caused widespread power outages at the start of the Easter holidays.

West Coast dairy farmer and Federated Farmers' adverse events spokesperson, Katie Milne, says she has never experienced a storm so widespread and vicious in the area.

"We've got hay barns without roofs or completely flattened, some cow sheds have sustained some damage and of course lots of trees down. People are spending a lot of time clearing laneways, farm tracks and stuff so they can get their cows and animals around the farm."

Ms Milne says farmers should take photos of any damage as evidence for their insurance company.

Ms Milne says farmers have rallied together following the storm, sharing power generators and sheds to try and keep milking.

"There seems to be something that always beggars it up, doesn't there? We had a really good season after the drought, really good growth - and then this comes along to sort of ruin it at the finish."