Grape growers in Marlborough may lose a large part of their crops due to the storm. 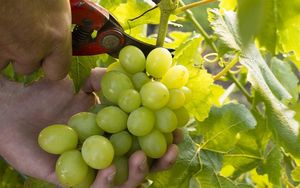 MetService said Marlborough had more than 200mm of rain over 36 hours.

But co-ordinator Ian Blair said some smaller growers were out at the height of the storm trying to bring in as much of the crop as they could.

He said the remainder of the grapes could be lost as they swell and burst their skins, then become diseased.

Weeks of rain in Canterbury have left grain crops too drenched to be harvested.

However, it does not think assistance from central Government is needed.