Lobby group Rural Women New Zealand says all country school buses should have more mirrors fitted on them following a coroner's report into the death of a five-year-old boy.

Mahuri Hemi Bettjeman-Manawatu was killed north of Westport in 2012, when he was run over and killed by a school bus that had just dropped him off in the town of Hector. 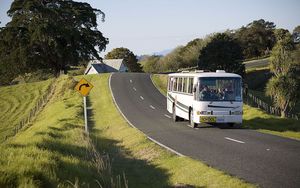 Witnesses said he ran alongside the bus and was run over when it turned a corner.

The bus company involved, Ritchies, told a coroner that immediately after the incident it fitted 85 buses with extra mirrors to reduce the blindspot on both sides of the vehicles.

"We're just urging other bus companies to install the mirrors so they can see down the side of the bus as well."

Ms McGowan says it is a small price to pay, compared to the loss of another child's life.