Fonterra maintains it did the right thing in initiating a global recall of its dairy products it believed to be contaminated with a potentially lethal bacteria - despite new testing revealing they weren't. 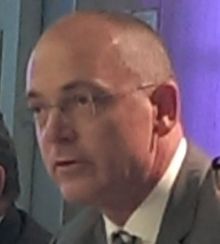 Multiple new tests done on behalf of the Ministry for Primary Industries, have shown Fonterra's product wasn't infected with Clostridium botulinum - rather, its benign relative, Clostridium sporogenes - that can't produce the botulism toxin, and doesn't pose a threat to human health.

The global recall alarmed consumers around the world and the company and New Zealand came under a huge amount of criticism about the standard of exports.

But chief executive Theo Spierings said Fonterra did not have a choice even with the slightest possibility of a food safety issue.

He said global recalls affect a company's reputation in the short-term, but failing to act could have massive long-term repercussions.

"You could be wiped off the global map and you could possibly close the doors, so there's really, there's really no choice here."

Mr Spierings said Fonterra had been asking MPI all week to confirm market rumours it was hearing that its new results showed the product was not a threat to public health.

After getting no response, Fonterra forced the ministry's hand at 3.52pm on Wednesday by issuing a media release demanding it make the information public.

Within an hour MPI had confirmed the rumours were true.

Mr Spierings said AgResearch gave it the false botulism positive but that it's too early to say if it will take legal action against the Crown Research Institute.

AgResearch says it's bound by its confidentiality agreement with Fonterra, but it has reviewed its tests and it is confident in the work that its experts carried out.