Queenstown's famous gondola is to get a $60 million rebuild, which will almost treble its capacity.

The gondola carries some 750,000 visitors each year and the new version will be bigger in every respect.

New 10-seat gondolas will increase capacity from the current four seats, and will be able to carry 3000 people per hour. The two-seat Luge chairlift will be replaced with a modern four-seat chairlift system.

The viewing deck will be increased from 68 square metres to 430 square metres allow more tourists to take advantage of the famous view.

The project will start in March next year.

Skyline Enterprises Mark Quickfall said the project would create more than 200 new hospitality jobs, as well as additional construction work, so employee housing could be a problem.

"It is an issue for this town... it's certainly on the radar to see how we can ease the pain for some of our people." 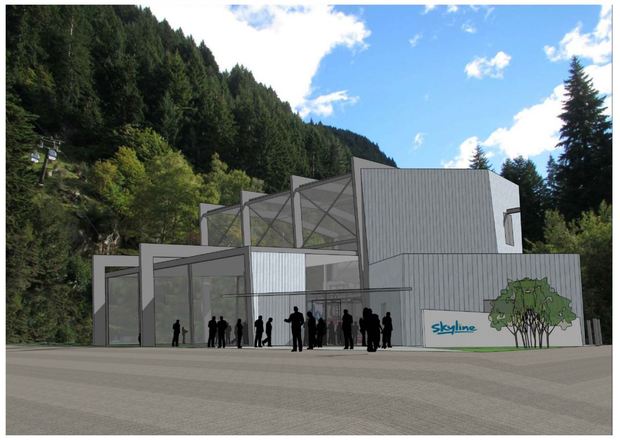 The upgrade will include a new terminal building at the base of the gondola. Photo: Skyline Enterprises

Another Queenstown developer, Alastair Porter, has also proposed a new $50m gondola, on the other side of town, to take tourists to the top of the Remarkables mountain range. 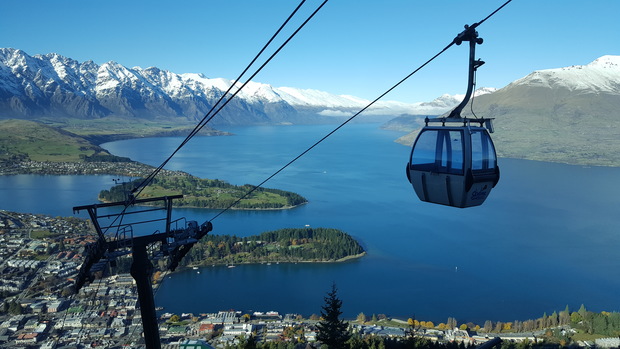 The four seat gondolas will be replaced by 10-seaters. Photo: RNZ / Peter Newport