Concerns are growing for a teenage girl who was last seen boarding a train in Auckland nearly five days ago, police say. 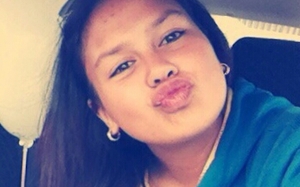 Sativa Lane, 15, was spotted at Britomart Station at about 7.15am on Wednesday.

The police said she had told her cousin she was skipping school to see friends, and was thought to have hopped on a south-bound train.

They said her parents said her behaviour was out of character and they were worried for her well-being.

Satvia is believed to have been wearing a Vanguard school jacket, a grey jumper, black tights and running shoes.