Residents on a South Auckland street have described how a young Asian woman escaped from the boot of a car, bound and bloody.

Police say the woman is in critical condition after she tumbled from a silver sedan on Huia Road in Papatoetoe. 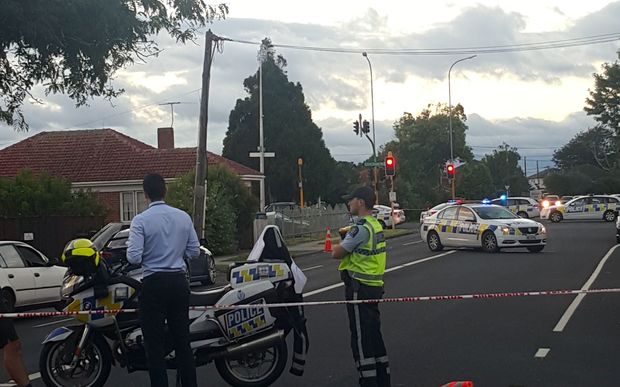 Police at the edge of the cordon Photo: RNZ / Leilani Momoisea

Resident Josie Deans said she was mowing the lawn outside her home when suddenly the road was blocked by police cars.

She said a woman who was driving behind the silver sedan saw a young Asian female jump out from the trunk of a moving car, with her hands, her legs and her throat bound with ropes.

The woman fell onto the road covered in blood, and was rushed to Middlemore Hospital.

There is a major police operation in the area and the search is on for the car involved in the incident.

The Serious Crash Unit are on the scene and police have asked anyone who may have witnessed the incident to call the Counties Manukau Crimesquad on 09 261 1321.