A military helicopter had to be called in to save two tourists stranded near Farewell Spit in atrocious weather which grounded rescue helicopters. 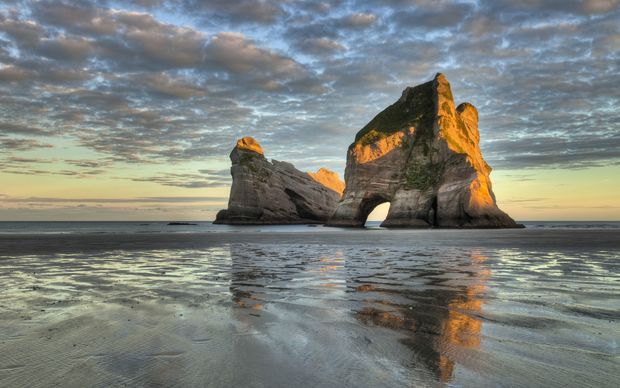 Wearing only their swimming togs, the pair became stuck on Archway Island when they were caught out by an incoming tide.

The wind and rain were so severe no commercial chopper could attempt the rescue so the helicopter from Ohakea was called.

It winched them off Archway Island and transferred them to an ambulance at a campground at remote Wharariki Beach, near the western base of the spit.

Campground manager Axel Kostotoulos said despite signs saying swimming was off-limits, there had been another helicopter rescue two weeks ago.

"People still do it, they think they're capable of swimming against such waves."

He said there were dangerous rip tides and waves were about eight metres high.

Mr Kostotoulos said a man and a woman were rescued, though police said it was two men.

The tourists were taken to hospital in Nelson, one of them suffering from hypothermia.