A magnitude 5.7 quake has hit near St Arnaud, in the Nelson region. 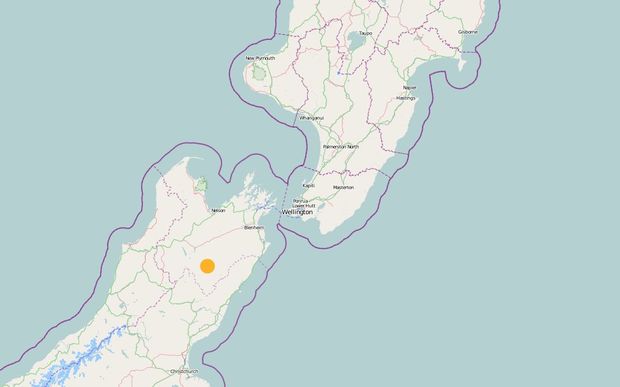 It was felt as far north as Otorohanga, in Waikato, and as far south as Waikari, in Otago.

There were no initial reports of damage.

We felt it here in Greymouth. #eqnz

As scary as they are, it's comforting to see everyone's #eqnz tweets because if we're tweeting we're ok. We've not always been so lucky.

A St John spokesperson said staff had not had any calls relating to the quake.