Police and fire investigators have spent the morning at the site of a large scrub fire on Mt Maunganui trying to find what caused it. 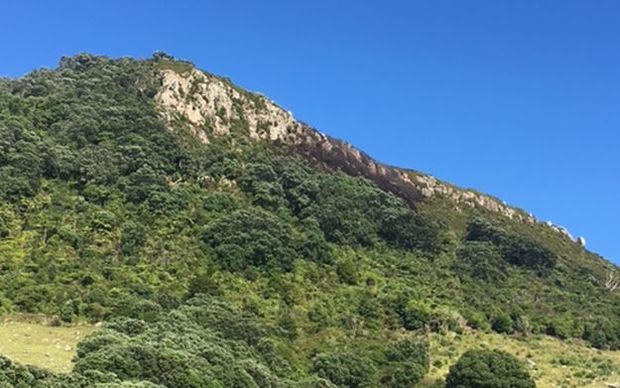 The fire burnt on the Northern side of Mt Maunganui. Photo: RNZ / Justine Murray

The fire yesterday burnt up to 2ha of Mauao leaving it scorched and blackened.

The Fire Service's incident controller Alan Pearce said investigators had been on-site since 7am to try to find where the fire started and how it spread.

"Taken a little longer than we thought to do the investigation, it's very steep and very rough country and to get the fire understood from the ground investigation is a little difficult under those conditions."

Alan Pearce said when they were done, a fire crew would put out any remaining hot spots.

The police, the Fire Service, and the National Rural Fire Authority are appealing for information about the cause of the fire.

Mayor of Tauranga Stuart Crosby said he hoped the fire was caused by an act of stupidity rather than vandalism.

He said the mountain remained closed to the public for the moment.

"This morning they are still just checking the fire scene itself the fire service as well then we have specialist rock climbers there to make sure any rocks weren't dislodged because that can also be quite a significant risk and just making sure Mauao's safe."

He was hopeful it would be reopened later this afternoon.