A Wellington woman who defrauded her employer of close to $1 million has been jailed for four-and-a-half years. 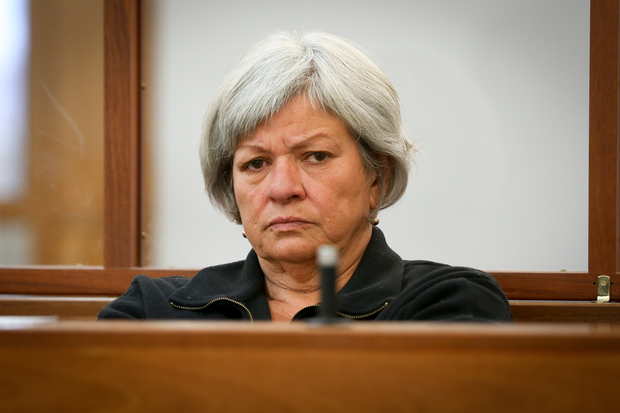 Suzanne Davies, 60, was sentenced in the Wellington District Court on 298 counts of using her employer's cheques to obtain a pecuniary advantage, and one charge of theft by a person in a special relationship.

Davies worked for Zip Tawa for more than 20 years before she began siphoning money from company accounts, taking around $900,000 for her own use.

Judge David Ongley said during her trial that Davies gave evidence that at that time her relationship with the company's owner had changed and she did not feel valued as a key figure in the administration of the company.

Over four years Davies wrote cheques for $1.4 million from the company's account, but he did not accept her explanation that she was entitled to the money, because she had used her own personal accounts to pay business bills.

"If that was so, the average over four years would have approached $30,000 per month. That was inconceivable."

Crown lawyer Jamie Eng sought a sentence starting point of five-and-a-half to six years, pointing to Davies' breach of trust and the extensive losses caused to the company.

Her offending had forced the company to take out a loan and extend its overdraft facility, he said.

Davies' lawyer John Dean said the company's accounting practises fell far short of what they should have been and the company accountant had never checked one of the 30,000 cheques in the spread sheets against those written by his client.

The company did no stocktaking and the fact Davies' offending was not discovered earlier allowed it to continue for seven years.

Davies' offending was a significant fall from grace, but was not driven by greed or a desire for a champagne lifestyle, Mr Dean said.

Davies had recently done volunteer work supporting people with disabilities and helping community organisations and he suggested the sentence could be reduced down to home detention.

Judge Ongley said a report from a problem gambling counsellor described Davies as being caught up in a compulsive and addictive cycle of spending that she was unable to exit from.

"[The counsellor] said the intensity and frequency of your spending accelerated and continued out of control and... you experienced a rush that accompanied a spending frenzy, following by guilt, after which the items would be moved on or resold."

Davies was spending recklessly and supporting losses with funds from her employer, he said.

He reduced the sentence by one year to take account of her past unblemished record, 20 years of loyal service to the company before the offending began, and the possible influence which depression might have played in her offending.