Marlborough Sounds residents are fighting moves by Strait Shipping to run its newest ferry at faster speeds through the Sounds. 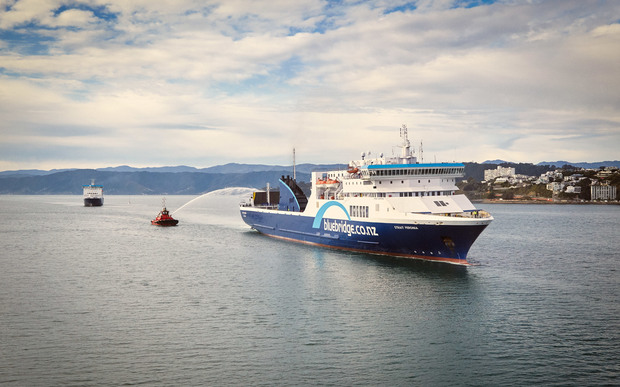 The company is seeking consents to test and operate the Strait Feronia at up to 18 knots through Queen Charlotte Sound and Tory Channel, subject to some conditions.

The 186-metre roll-on-roll-off ferry, which can carry up to 400 passengers, arrived in Wellington in June after a 45-day journey from Sweden, where it had been running services to and from Germany.

Strait Shipping has applied for coastal permits for testing the Feronia and for operating it at up to 18 knots, but opponents said there should be no exception to the 15 knot rule.

They are also concerned that the testing will be carried out in only two places, and not in areas most at risk from wash from large vessels.

Strait Shipping has applied for a permit for 35 days for the testing component and a 20-year operating permit, subject to compliance with the "wash rule" as defined in the Marlborough Sounds resource management plan.

It was amended after the introduction of fast ferries in 2000, which generated large waves that led to significant foreshore erosion, navigation and safety issues and public anxiety, resource consent application documents noted.

A consultant's report said that the Strait Feronia was capable of operating at the speed required and within the rules, and that many of the objectors' concerns would be eased by the testing.

The report also said if the testing showed that the ship was not compliant at 18 knots, it would have to operate at a lower compliant speed.

In previous testing, two vessels were required to reduce their speed below their original proposed speed, the report said.

A resource management officer has recommended that the council should grant the application, subject to conditions, for not more than 20 years.

The hearing is in Blenheim later this month.