A government investigation into a West Auckland children's charity claims tens of thousands of dollars were gambled away at casinos or spent on a motel in Samoa. 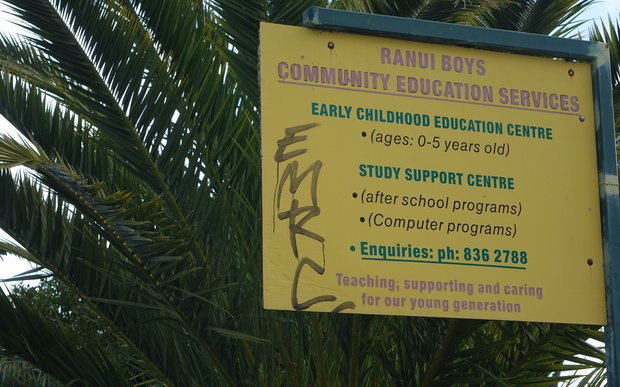 The site of the preschool, in Henderson, now run by new management. Photo: RNZ/Lauren Baker

Ranui Boys Incorporated ran the Faavae I Le Alofa pre-school in Henderson, but the charity, which was set up to promote Samoan culture and language to young children, has now been deregistered for serious misconduct.

Charities Services, which comes under the Department of Internal Affairs, said the person who managed the group, Siaifoi Lisa Palmer, frequently transferred money from the charity to her personal account.

In a copy of the summary report obtained by RNZ, Palmer is said to have defended frequent cash withdrawals and transfers to her own bank account by saying she was paying back loans of $130,000 she herself had made to the charity.

But there was no paperwork to verify the loans, it said, and Charities Services believed some of the funds were re-directed to a motel business she owns in Samoa.

Ranui Boys Incorporated was mostly taxpayer-funded, with the annual report for the 2012 financial year stating its total revenue was $752,123, with Ministry of Education grants making up $593,024 of that.

Palmer was not supposed to have been an officer within the charity, after the Ministry of Education prosecuted her for making up enrolment figures at the pre-school.

This meant charity claimed $6583.07 more than it was due, and Palmer was sentenced to community service in 2012.

Although the dishonesty conviction meant she was disqualified from being an an officer of the charity, the Charities Services' report said she had assumed full control of the finances, and overall control over an "ineffective management committee", which was "negligent and exhibited gross mismanagement".

RNZ spoke to a former chairman of Ranui Boys Inc who said he was shocked at the allegations, but at same time had no idea where money came from or how it was spent.

The preschool has changed its name but still had its licence cancelled by the Ministry of Education. It has since been taken over by new owners who say they are a private venture and have no link to the previous regime.

Meanwhile, Charities Services says the investigation into Ranui Boys Inc is now complete, and it intends to pass the information on to the Police. RNZ understands this could happen in the next few weeks.

RNZ tried to contact Palmer but has had no response.