The driver of a truck that crashed through a barrier on the Auckland motorway and plunged onto the road below in January has been granted diversion. 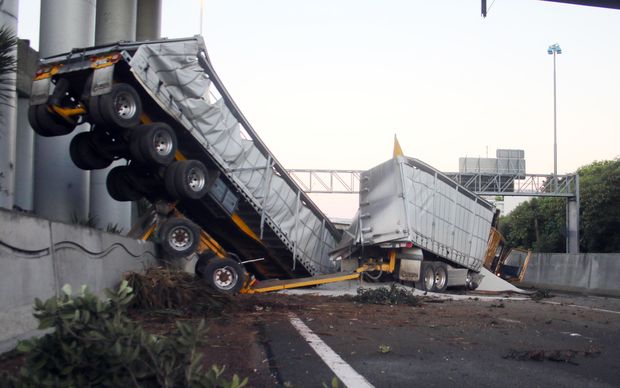 The truck and trailer unit plunged through a barrier at at Spagetti Junction on the Southern Motorway. Photo: SNPA / Daniel Hines 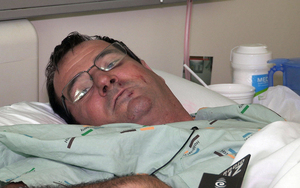 Brendon Greig was originally charged with dangerous driving but today he pleaded guilty to a reduced charge of careless driving.

Mr Greig's truck and trailer unit, which was carrying fertiliser, plunged off the Southern Motorway at Spagetti Junction and ended up 15 metres below on the Port Link Road.

He escaped his crumpled wreck with only a minor spinal injury and small scratches.

At the time, he credited his truck's modern safety equipment with what he called his miracle survival.

No other vehicles were involved.