Police plan to use a dive squad and enlist the help of the navy in their search for the body of a man who fell off a cargo ship outside Lyttelton Harbour last week. 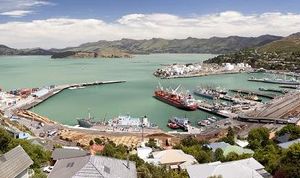 A 52-year-old Filipino man fell off a 50,000 tonne cargo ship on Friday afternoon, and despite an extensive search that day, only his gloves were found.

Police will be asking the navy to conduct a sonar search of the ocean floor for any sign of the man's body.

The man was working on the ship Medinah when he slipped and fell into the sea. Police reported that a lifebuoy was thrown to the man after he fell, and he was seen swimming towards it, but never reached it.

A search by sea and air, at one point involving a helicopter and 16 boats, was suspended at about 5pm on Friday, due to failing light. Because the water temperature was only about 8°C, it was thought unlikely the man would have survived.