The police made what they describe as a major cannabis bust across the Auckland region this morning, uncovering plants worth tens of thousands of dollars. 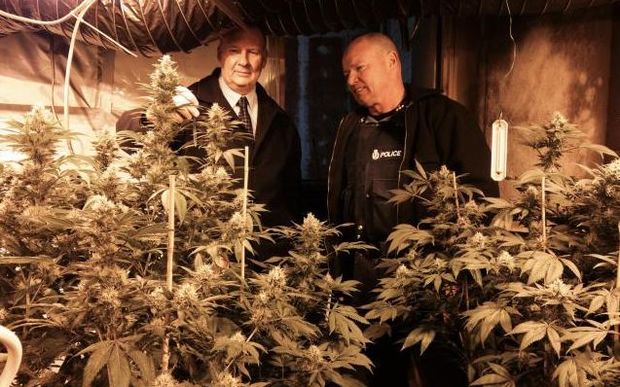 Forty-six police officers carried out 10 search warrants at addresses in Beach Haven, Sunnyvale, Henderson, Massey, Albany and central Auckland, and a yacht moored at the Westhaven Marina was also searched.

At one Henderson address, 800 cannabis plants - of which 600 were mature - were found inside an industrial unit, which housed a well-established commercial growing operation.

Detective Senior Sergeant Stan Brown, of Waitemata Police, said several rooms of the unit were dedicated to the various stages of the growing process, including a nursery where plants had been cloned, and even a commercial shredder to destroy the plant stalks.

Two shipping containers had been moved into the unit and transformed into growing rooms, complete with ventilation systems and charcoal filters to keep the air clean. Officers who removed the lids of two fish bins found thousands of dollars worth of cannabis head.

The scene is under armed guard and a number of specialised police and forensics experts are examining it.

An Environmental and Scientific Research expert with specialist knowledge of commercial cannabis operations is working towards placing a total dollar value on the amount of cannabis found this morning, including past income and potential proceeds from the criminal activity.

Mr Brown said the offenders had invested a substantial amount of money into the operation.

"The electrical set-up here is extremely professional and has been very cleverly done, to the extent that the wiring has been done so that the majority of the power isn't being paid for," he said.

Across town in Beach Haven, on the North Shore, 246 plants were found growing in the basement of a house.

Waitemata Police officers were also searching a yacht in the Westhaven Marina, a commercial unit in Albany, and residential addresses in Sunnyvale, Massey and central Auckland.

Today's search warrants were the result of a Waitemata Police investigation which had been under way for some months.

One of the addresses had been visited by more than 100 people buying cannabis each day, Mr Brown said.

Eight people had been arrested and are expected to face charges of supplying or cultivating cannabis, he said. 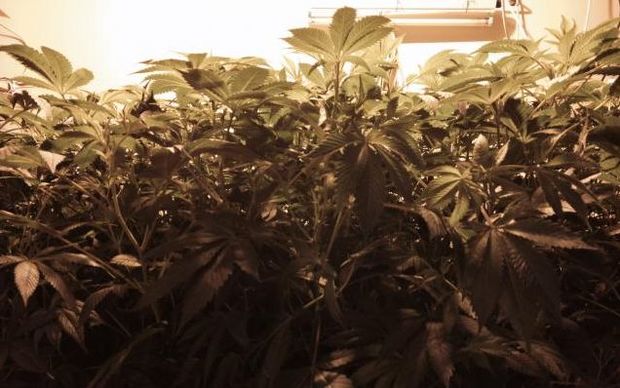