A 28-year-old man has been arrested in Dunedin following an armed police manhunt today. 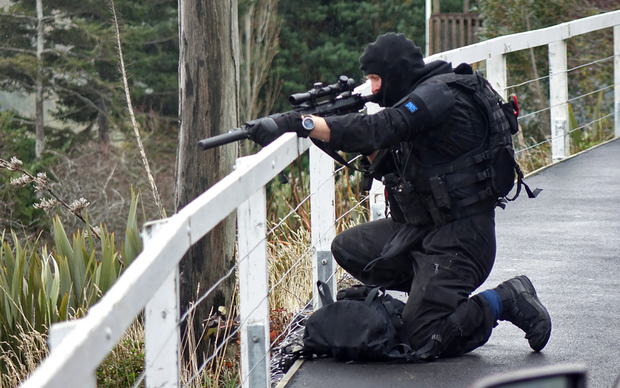 Police said Sean Roche had a gun when he fled from a patrol car about 10am.

He was found at a south Dunedin home this evening, and arrested without incident.

He was due to appear in the Dunedin District Court tomorrow, facing charges of failing to stop and obtaining by deception.

The police said more charges may be laid.

The armed offenders' squad was called out and a cordon in North Dunedin was in place as police searched for him earlier today.

At the height of the callout at least six AOS members were seen patrolling Norwood Street and searching properties.

Another AOS member was crouched with a firearm keeping a lookout on a roadside overlooking Norwood Street, Radio New Zealand reporter Ian Telfer said from the scene. 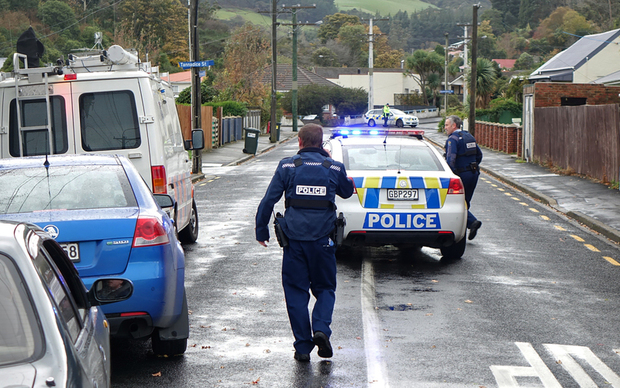 Police had been looking for the man since an incident earlier today. Photo: RNZ / Ian Telfer 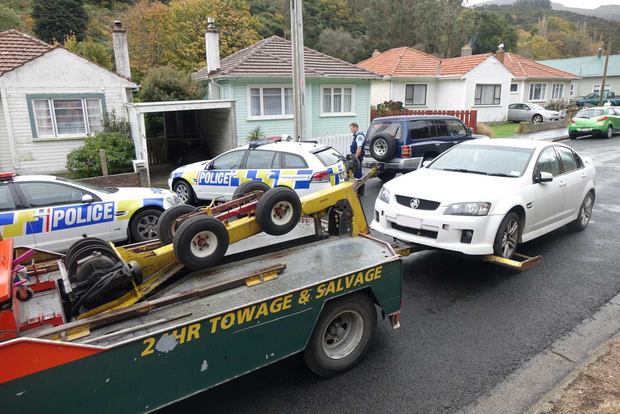 The incident started when Mr Roche did a u-turn near a police car and then fled pursuing police.

Police had found his white Commodore in Norwood Street about 11.20 am. They later supervised a tow truck as it removed the car from the street. 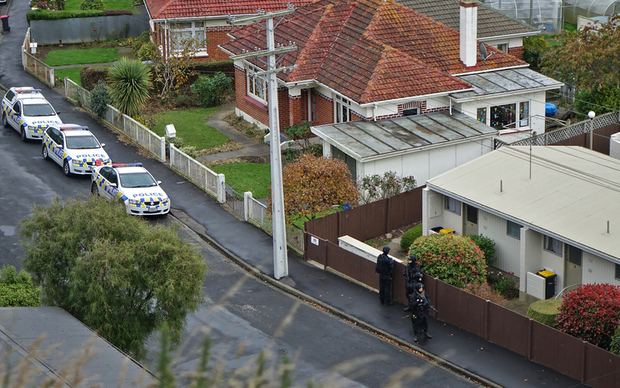 Squad cars and AOS members can be seen on a residential street. Photo: RNZ / Ian Telfer 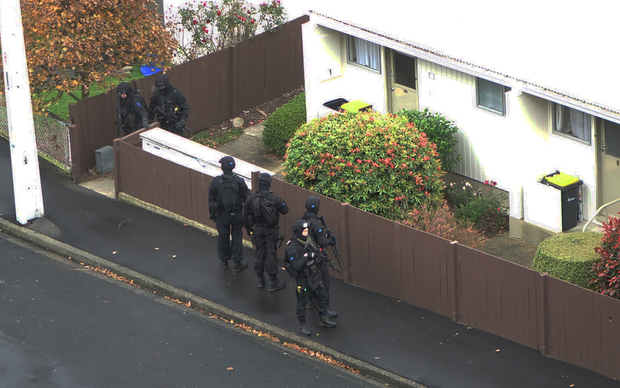