Nelson police say if members of the public had not intervened, an attack on a woman by three teenagers could have been more serious. 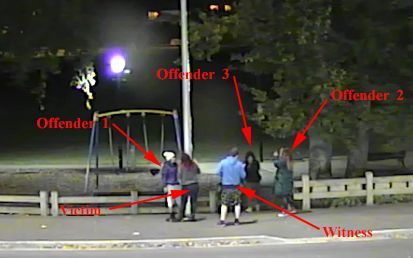 The attack was captured on CCTV camera. Photo: NZ Police

The 20-year-old victim was kicked and punched by three teenage girls described as Maori in Victory Square about 9pm on Wednesday.

The attack was captured on CCTV camera and showed members of the public stopping it.

Police said the victim was left with a bleeding nose and ripped clothing.

They want to talk to anyone who witnessed the incident or who may know the offenders.

One was wearing a knee-length green jacket and another had on a light-coloured hat.