A state-of-the-art underwater research glider has been unveiled by NIWA scientists in Wellington. 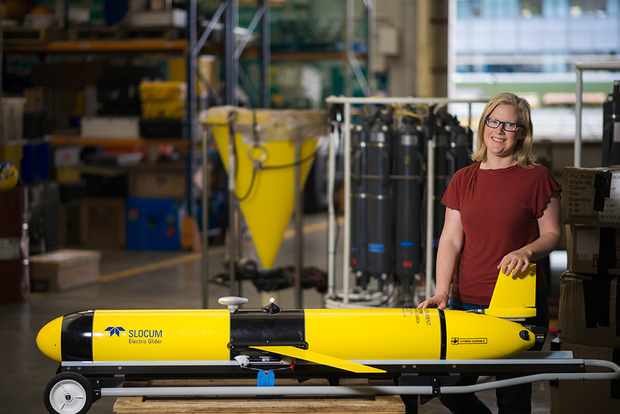 Named for Joshua Slocum, who was the first man to circumnavigate the world alone in a sailboat, Slocum Gliders are high-tech research gliders designed to travel the oceans, solo. 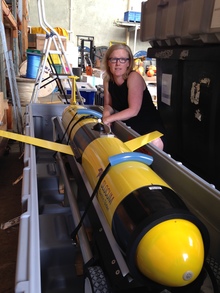 The glider will be deployed this autumn. Photo: NIWA

But this lonely glider needs a name of its own - and so, to celebrate its arrival in New Zealand, NIWA has launched a competition to decide what to call it.

There are 500 gliders across the world but this is the first in the country. Its maiden voyage is set for this autumn, where it will be deployed off New Zealand's north-east coast.

Each deployment lasts about 30 days, during which the gliders are expected to cover about 400km.

The glider moves through the water by gliding up or down in the ocean in a highly efficient motion that allows most of the on-board battery power to be devoted to operating its scientific instruments.

At just 150cm in length, it carries a variety of sensors measuring everything from temperature to salinity to oxygen under the ocean's surface.

"There have been satellites collecting measurements about the ocean's surface for more than 30 years, but just as the weather is constantly changing above us, so is the ocean below us."

"The underwater glider will help gather more data on the part of the ocean closest to where humans live, and those data will be accessible from a computer nearly instantly each time the glider surfaces and dials home."