A truck that overturned on State Highway One on the Kapiti Coast north of Wellington will be moved shortly, more than eight hours after it crashed. 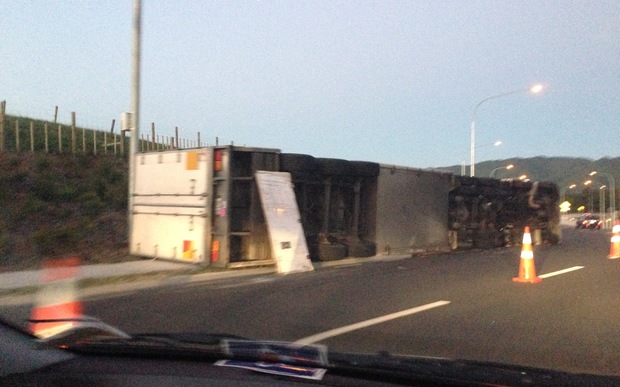 Police said the refrigerator unit truck crashed near the Otaihanga roundabout this afternoon.

They attributed the delay in moving the truck, which remains on its side near the Otaihanga roundabout, to heavy traffic.

They say the truck will be moved within the next hour, and both northbound lanes will be out of action.

They are warning drivers to expect further delays, with detours in place.

The occupant of the truck escaped the crash without injury.