Two foreign drivers have suffered critical injuries following a collision this afternoon between a truck and a rental car in Waikato.

Emergency services were called to the scene at Kaihere on State Highway 27 at about 1pm. 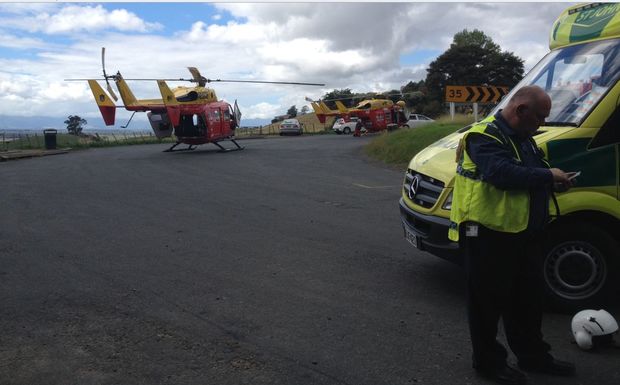 The Waikato Westpac Rescue Helicopter was dispatched to SH27, near Kaihere, at to the scene of an accident involving a car and truck. Photo: Supplied

Police said it appeared the car, which was heading north, lost control on a down-hill bend and collided with a southbound logging truck.

They said the male driver of the car suffered critical injuries and the female passenger also suffered life-threatening injuries.

Both were airlifted to Waikato Hospital. Police are investigating the cause of the crash.

Police said they would not confirm the nationality of the couple until they have confirmed the details with consular officials.