A teenage murder-accused who cut his electronic anklet and went on the run for four days will remain behind bars until his trial in November. 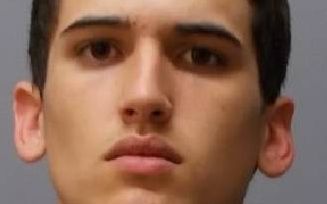 Beauen Wallace-Loretz had been on a 24 hour curfew and fitted out with an electronic anklet, but last Thursday the police said he had breached bail conditions and escaped. He was arrested last night.

Mr Wallace-Loretz appeared at the High Court in Auckland today where supporters and family members looked on from the public gallery.

The law on bail hearings prevents reporting on the legal arguments at today's court appearance.

Justice Toogood remanded the 17 year-old in custody until his trial.

Mr Wallace Loretz, together with another teenager, Leonard Nattrass-Berquist, face charges of murdering Ihaia Gillman-Harris in a hotel room in the Auckland suburb of Epsom, last year.

They are also accused of robbing Mr Gillman-Harris of cash, a mobile phone, his bank cards and taking his Range Rover.