The Christchurch City Council says the effects of earthquakes in the city have drawn rare birds back to the city for the first time in over 100 years. 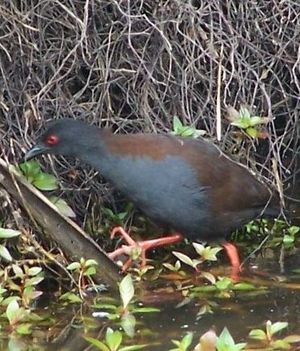 The Council's Park Ranger for Wildlife management and ornithologist Andrew Crossland says groundwater, liquefaction, sea level rise, and new springs created by large quakes in the city have made it much more appealing for some bird species.

The Spotless Crake was common in Christchurch in the 1800s but was driven out of the city by new species, habitat destruction, hunting and avian viruses.

"As a result, a lot of swamp vegetation began to grow and was quickly colonised by birds that haven't been seen in the city in many decades."

The council had been looking for crakes since 1984. They saw two this year, but suspected there were many more because of the large number of footprints.

But finding them was difficult as they were elusive, and typically only emerged from the wetlands at night time.

The other bird species to return was the Australasian Bittern. There are thought to be just 900 of the critically endangered species in New Zealand.

They last inhabited the city in the 1960s, but 15 have been spotted in Christchurch in the past year.

But that was likely to be more, as the turkey-sized birds were also very secretive creatures.

Mr Crossland said the birds would have come from the rural hinterland, high country and from wetlands north and south of the city.

Mr Crossland said it would have cost a lot of money to re-create the habitats without the help of the quakes.

"These birds are coming back on their own, they're seeing improvements in the habitat. If we can match that with predator control and managing where people go or not, then we can continue to encourage this self-introduction of these species.

"Both are threatened, so they are key ones to get back."