Police say a woman who died in a van crash on State Highway One in North Canterbury yesterday was on holiday from Israel. 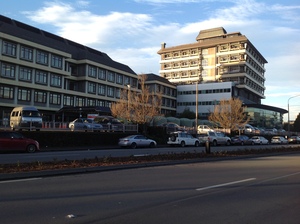 Five people including the 69-year-old driver were injured in the crash near Greta Valley, south of Cheviot.

Police have named the deceased woman as Liora Keren, who was 61.

They said she was visiting New Zealand with her husband and friends.

Four of the surviving passengers are receiving treatment at Christchurch Hospital where one remains in a critical condition.