Victims of a storage unit fire in Wellington say they are disappointed with the sentence given to the man who destroyed their possessions. Bitossi was found guilty in December last year of arson relating to the fire at the Kiwi Self-Storage facility in Kilbirnie, in April. Many people lost irreplaceable items, including Oscar statues.

He was sentenced in the High Court today, and jailed for 8 and a half years for one charge of arson.

Bitossi would serve at least half that before being eligible for parole.

Justice Simon France did not make him pay for the damage, saying there was no evidence Bitossi had the money. 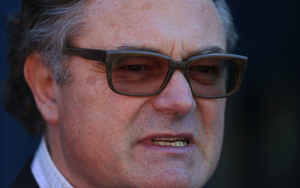 Peter Fowler lost $50,000 worth of paintings and furniture in the fire and said he wanted to see a harsher penalty.

"I would have liked to have seen more than 10 years," he said.

"But I suppose the most disappointing thing is that Bitossi's behaviour in court indicates that he has absolutely no remorse for what he has done and has no compassion towards the victims whatsoever."

Another victim Megan Ransom said Bitossi's lack of remorse made it hard for her to move on.

"The problems that we still face every day, and that will just go on for a lot of us, so many of us.

"So we're all really, really shaken up. I can feel myself shaking on the inside." 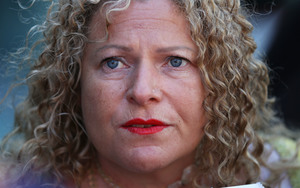 Another victim Silke told the court in a victim impact statement the fire had cost her and her partner hundreds of dollars in medical and counselling expenses, but that no figure could be put on the emotional harm they suffered.

Fifty-five other victims of the fire made written statements to the court.

Crown prosecutor Sally Carter said it was hard to think of a worse scenario for arson offending, as there was not only substantial financial loss, but several victims had lost items of extreme personal value.

Bitossi's lawyer Douglas Ewen told the court his client had no intention to cause loss on the scale he did and that should be recognised in sentencing.

Justice France said he did not believe Bitossi intended destroying more than the one unit he targeted, but the amount of petrol he poured there and in the corridor made a greater scale of fire almost inevitable.

The judge said Bitossi was reckless in setting fire to the unit and showed no concern for other unit holders or anyone else in the building.

Bitossi denied responsibility for the blaze and during the trial his lawyer suggested one of the Crown witnesses may have been the arsonist.