It is alarming that barriers where a truck plunged off Auckland's motorway were never upgraded for heavy vehicles, the Road Transport Forum says. 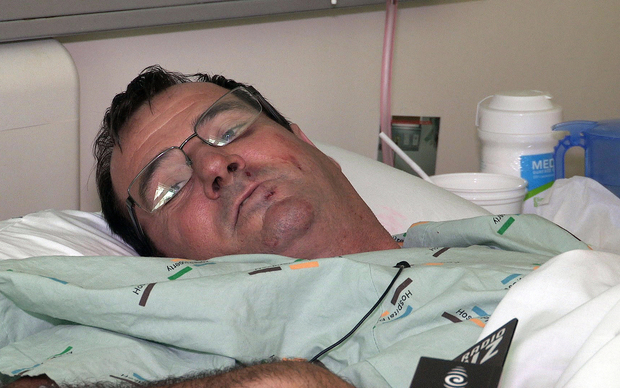 The truck that fell more than 10 metres from Auckland's Spaghetti Junction on Sunday was classed as a high productivity vehicle, and that stretch of motorway was an approved route.

But the New Zealand Transport Agency (NZTA) said its barriers were never upgraded for such vehicles.

Road Transport Forum chief executive Ken Shirley said he was surprised, given the area was such a key, busy freight route.

"It's a key route - a key freight route and a key commuter route - very heavy, probably one of the heaviest in the country, around Spaghetti Junction," he said.

"We would have hoped the barrier would be adequate to prevent this."

Mr Shirley said no barrier would ever be completely effective but the accident was nasty and could have been much worse.

He said better barriers were urgently needed in areas where risks were identified.

NZTA general manager of highway and network operations Tommy Parker said an accident like this was never anticipated.

"This wouldn't be somewhere that we would have prioritised. We've only ever got finite amounts of money and we have to invest that in the right areas," he said.

"When we complete this investigation, we'll understand more fully why this happened."

Mr Parker said no barrier would have stopped the accident.

Both the NZTA and police were still investigating the accident.