The owner of rare World War II trucks ruined in a Waikato fire says he had hoped the vehicles would feature in Peter Jackson's remake of The Dam Busters and they are irreplaceable. 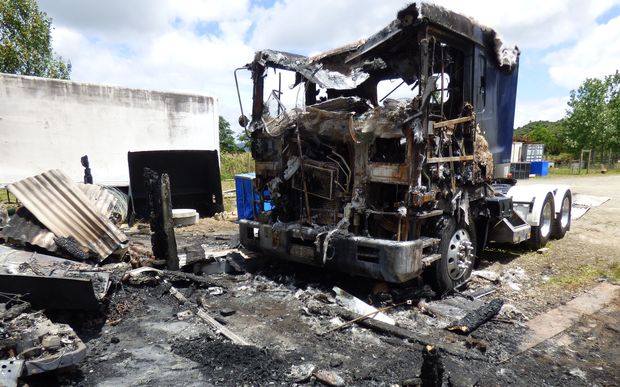 One of the trucks destroyed in the fire. Photo: Rebecca Clewlow

The Fire Service said the blaze on Tuesday completely destroyed the trucks and the shed that housed them in Taupiri, near Huntly.

Reg Gibson, who had worked in the film industry for most of his life, said the 1943 QL Bedford fuel tanker and 1944 QL Bedford engineers' truck had been used as props in the films Pearl Harbour and Mister Pip. 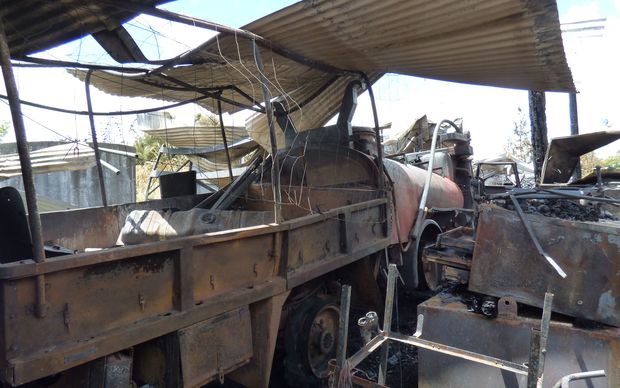 One of the vehicles destroyed in the Tuapiri fire. Photo: Rebecca Clewlow

Mr Gibson bought both the trucks in the Britain and had them shipped to the country.

He said it was not a big loss for Peter Jackson as he already has plently of WWII-era vehicles he could use, but it meant people won't see the trucks ever again in New Zealand.

"You can't just go down to the supermarket and buy them," he said regretfully.

A Canadian-built Sexton Self-Propelled Gun that resembles a tank, was also mostly destroyed in the fire.

Hundreds of thousands of dollars worth of vehicles and equipment were lost in the blaze, which may have been caused by a faulty water pump in the shed, Mr Gibson said. 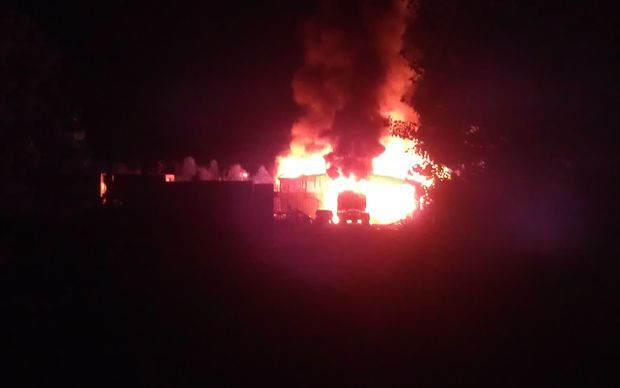