Former Hawke's Bay ambulance officer Christopher King has been sentenced to fourteen and a half years in prison after being found guilty on thirteen charges including sexual assault and sexual violation. 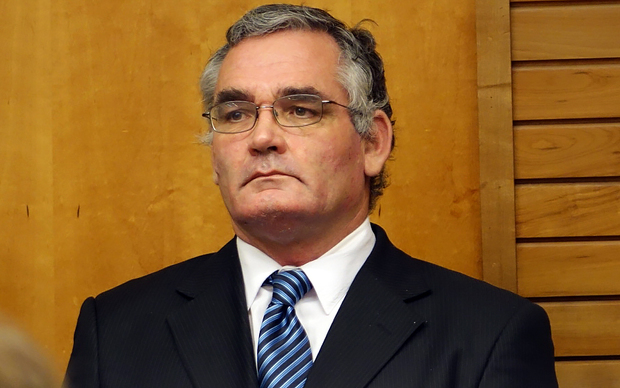 In sentencing, Judge Geoff Rea said it was probably one of the worst cases of its type to come before courts in this country, and imposed a minimum non-parole period of eight years.

King was found guilty on eight charges during a jury trial last month, which included stupefying, sexually violating and making intimate visual recordings of a 15-year-old girl while transporting her in an ambulance.

One of the victims was a terminally ill 23-year-old woman who had since died. She gave evidence on her death bed.

King was also found guilty of sexually violating three other women while transporting them in an ambulance.

Last week, he pleaded guilty to another five charges against two girls under the age of 16 between 2002 and 2008.

In sentencing, Judge Geoff Rea said King was a sexual predator who took advantage of the most vulnerable people and exploited the position of trust he was in as an ambulance officer.

"I can not find a case similar to yours and counsel have not referred one to me. This is probably one of the worst of its type that has come before the court in this country."

"Any mercy that may exist in circumstances such as this in my view are non-existent in the way that you have behaved," he said.

Three victims read statements to the court, with one victim saying she was a self-assured teenager until King sexually abused her.

She said after the abuse she cut herself and contemplated suicide and lost a huge part of her personality.

"I suffer depression and can't trust anyone," she said.

St John spokesperson Brendon Hutchinson said he hoped King would feel the consequences of his actions in the sentence he had been given for his crimes.

The thoughts of St John were with the victims, he said.

After the guilty verdict in November, police paid tribute to the courage of four women who complained against King.

Detective Grant Jarvis said the verdict was a relief for the victims, who had had the courage to come forward and endure a lengthy trial.

"This has obviously been a very stressful time for these women, and we acknowledge the courage it has taken to give evidence in court," Mr Jarvis said.