Low reserves of water in Canterbury have farmers and irrigation companies concerned ahead of what is threatening to be a dry summer. 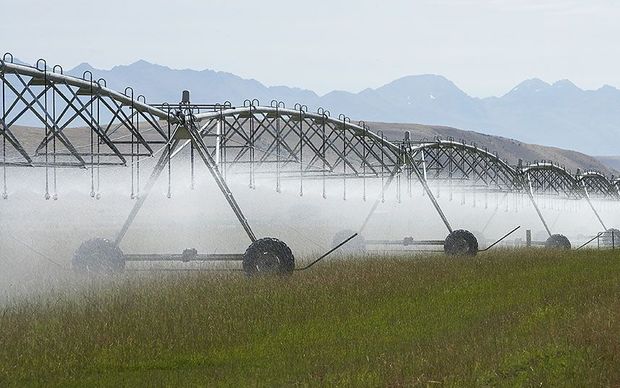 Farmers could face water restrictions as early as next week. Photo: PHOTO NZ

The Opuha Dam in south Canterbury is half empty - when, by now, it is usually more than 90 percent full and ready to keep pastures green through the summer.

Fish and Game said there had been an over-allocation of available water, which affected rivers and their ecosystems and needed to be addressed.

While the dam supplied water for irrigation, its main purpose was to stop the Opuha River from running dry. A dry spring and a lack of snow melt meant the dam had just over half the water it should have at this time of year.

Farmers are on standby for water restrictions as early as next week, Opuha Water chief executive Tony McCormick said.

"We've put our farmers on notice. Come 1 December, we'll be looking for them to wind back their consumption by 25 percent. We had a meeting last night, where we said, crank that up a bit, look out for two weeks later where we could be looking for 50 percent restrictions."

He said while the dam was used for irrigation, there had to be water going into the river.

"The first priority for us in water storage and use is [to] maintain a flow in the river. We're prescribed every month what that flow should be. It's part of our consent."

One big issue with waterways in the region had been that more water was being allocated than there was to go around, Fish and Game's south Canterbury officer Mark Webb said.

"The allocation of water for irrigation, or for abstraction generally, is very high," he said.

"Most of our rivers are over-allocated, which means that there's not enough left in the rivers to sustain their ecosystem, their stream insect, and fish life."

Mr Webb said the Canterbury Regional Council was looking at the issue as part of its water management strategy.

He said future irrigation depended on accessing water from the Southern Alps, easing reliance and pressure on Canterbury's coastal rivers and wells.

"The blessing that Canterbury has is that we have access to alpine water through the big major river systems ... So the Waitake, the Rangitata, Rakiaia, Waimakariri - and further north, the Hurunui and the Waiau. They're getting good rain on the West Coast or in the Southern Alps [and] that water is coming through into Canterbury," he said.

"So the big irrigation schemes that take water from those rivers have got plenty of water."

Mr Lambie said smarter water use - utilising the alpine rivers - and water storage would allow for more irrigation across a larger area.

Jan Finlayson, the former chair of the Canterbury Conservation Board and a Geraldine Community Board member, said if irrigation was to grow, diverse farming was needed.

"Dairy takes a lot of water, for a lot of the year, and it returns it to the ground pretty dirty.

"I think there are things that can be done with a small amount of water. Stock farming, much arable farming, is kinder in terms of water use."

Mr Lambie said water management was working but the focus would be on utilising alpine water.

In the meantime, some farmers could be in for a dam-dry summer.