Twelve people remain in quarantine after coming into contact with a 15-month-old-boy who caught measles overseas and brought it back to New Zealand this month. 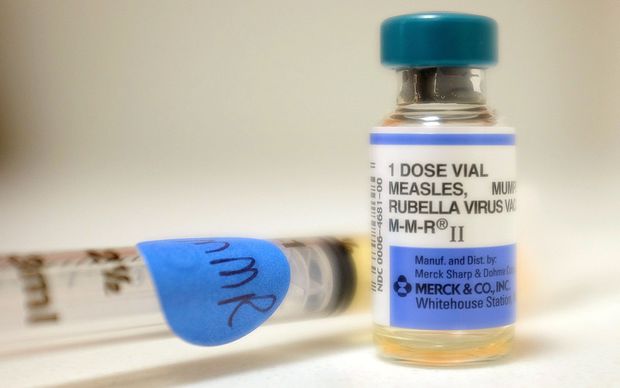 The Taranaki District Health Board has been on high alert to prevent a possible measles outbreak. Photo: AFP

The Taranaki District Health Board has been on high alert since the boy and his parents returned to the region after a trip to India.

The boy's symptoms developed after the family returned.

The District Health Board's chief medical adviser, Greg Simmons, said more than 100 people who had been in contact with the toddler had been tracked down but only 16 had been quarantined initially.

He said others were undergoing blood tests but no secondary cases had been identified.

Mr Simmons said inquiries showed the twelve people had most likely not been vaccinated for measles.

He said not enough New Zealanders were vaccinated against the disease to stop it spreading among the general population.

Ninety two percent of the population were immunised, but it needed to be 95 percent to prevent measles being able to spread, he said.