The family of a missing Canterbury teenager, who is described as vulnerable, are worried for his safety. 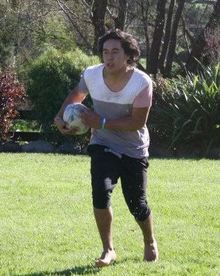 Tipene Ngata, 15, was last seen at home in Pines Beach about 1am on Sunday and spoke to a friend on his mobile about an hour later.

A police spokesperson says the teenager is Maori, of solid build, 188cm (6'2") tall with dark hair that is short at the sides and long at the back.

He has a mental age of nine to 10 years old which affects his ability to make decisions under pressure.

Police believe he may be in the Pine Beach, Rangiora, Woodend or Kaiapoi areas and are asking residents to check their gardens and outbuildings and report any disturbances.

They spent today following up on reported sightings of a boy similar to Tipene Ngata's description and plan to narrow down potential search areas tomorrow.