Staff working in Television New Zealand's Maori and Pacific Units will find out whether they still have jobs by the end of the month. 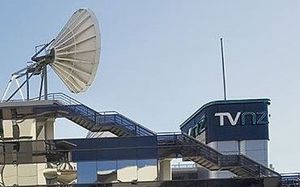 TVNZ announced late last month that it would contract out a number of programmes made by the units, and last night about 50 people from the Pacific Island community met in Auckland to air their concerns with the company.

The group's main concerns were a lack of Pasifika people on television and what it would mean if there were fewer Maori and Pasifika staff at TVNZ.

One man at the meeting said he was concerned about what the decision would mean in terms of the way Pasifika communities were portrayed.

Staff who worked on the programmes said they were concerned there would not be Pacific production companies with the skill or expertise to do the shows.

TVNZ said it and the funding agencies, Te Mangai Paho and New Zealand on Air, were working on criteria which production companies would need to meet, this month. After that, the number of job losses should be known.