The co-chairperson of a group fighting to save Christchurch Cathedral, Jim Anderton, believes the Anglican Church has over-estimated the repair costs. 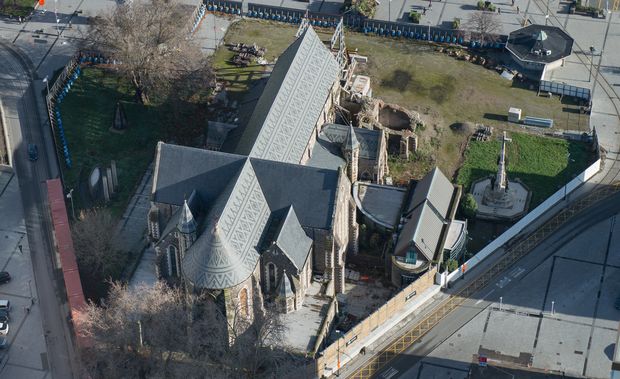 The cathedral was damaged in the 2011 earthquake, and has since been at the centre of a battle between its owner, the Church Property Trustees, and the Greater Christchurch Buildings Trust.

The Buildings Trust has released survey results showing more than half of Christchurch residents support restoration, 51 percent and 66 percent if privately-funded, which the Anglican Church estimates would cost $220 million.

But the Buildings Trust's Jim Anderton believes the church has factored in $115 million in inflation.

He said when that and other unnecessary costs are stripped away, the repairs could be estimated at $67 million.