Aucklanders say they would grudgingly pay a motorway toll or higher rates if it would ease the city's transport woes. 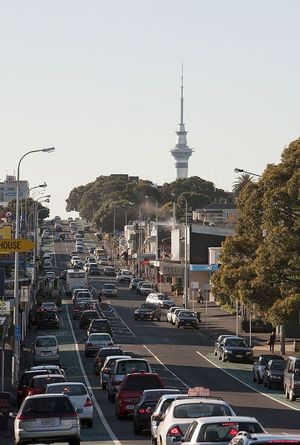 The council is offering a choice between a motorway user charge or a combination of rates and fuel tax increases. Photo: PHOTO NZ

An independent group commissioned by the Auckland Council says if the city relies only on existing transport funding, congestion on motorways would treble in coming decades.

It is offering residents a choice between a motorway user charge or a combination of rates and fuel tax increases for nine years to make up a $12 billion funding shortfall.

The first option is an extra 1 percent rise in property rates, and a 1.2 cent a litre annual petrol tax rise for nine years. The other is a daytime charge of between $1 and $2.80 every time motorists hit Auckland's maze of motorways.

Victoria Palmer, who travels into Auckland from Pukekohe each day, is unimpressed with either option.

"I think it's a bit of a slap in the face - there's a lot of savings they could make internally first before they start hitting the ratepayer with more increases."

Matt Williams says if he had to pick an option, it would be the motorway charge.

"I have to go on the motorway [because] I'm from Whangaparaoa. If I want to avoid it, I can always get the bus. There's nothing to stop me doing that but personal choice - I'd rather pay a bit more money and drive in."

Another inner-city worker, David Drillien, believed a motorway charge would do more than just raise revenue.

"I think it drives good behaviour as much as anything. The other options really just raise revenue ... and at the end of the day, people need to get out of their cars and off the motorway." 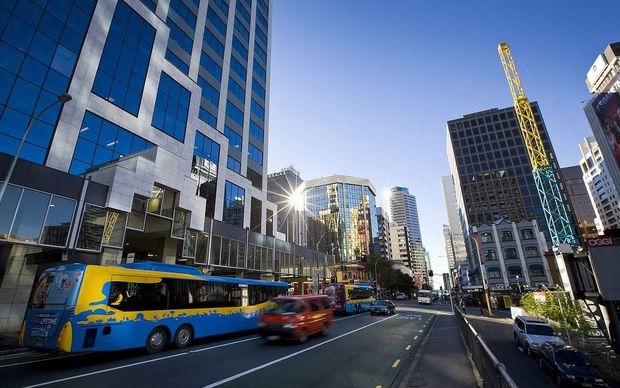 Some commuters would rather pay more in road charges than sit on a bus for a trip that can take up to 90 minutes. Photo: PHOTO NZ

But Joanna Williams, who travels from Pakuranga to the city each day, said she would never take a bus because the 90-minute trip is just too long and is dead-set against a motorway charge for that reason.

"I don't think the public transport system is robust enough to be able to put a road toll in place and limit people's options. And I think also if you had a road toll, you're just going to drive the congestion out of the motorway and into the surrounding suburbs. I would probably be more inclined to go for a fuel tax."

Martyn Henderson, who travels on the southern motorway every day, said he would find a tax and rate increase easier to absorb.

"I'd be more in favour of the fuel tax and the rates charges because then it's just bills you pay and not an extra bill that you're going to be seeing."

But some of the motorway's heaviest users - truck drivers - say they would prefer a charge.

David Aitken is chief executive of road transport lobby group National Road Carriers. He said the toll could even be a good thing for carriers - if it reduces congestion.

"They're going to be paying a lot of extra money ... If there were those sorts of benefits, instead of four loads a day they could do five [and] it's probably going to pay for itself."

The plans would be formally debated in Auckland early next year as part of the council's 10-year budget consultation.