Auckland mayor Len Brown is promising to rebuild the council-owned film studio in west Auckland which has been destroyed by fire. 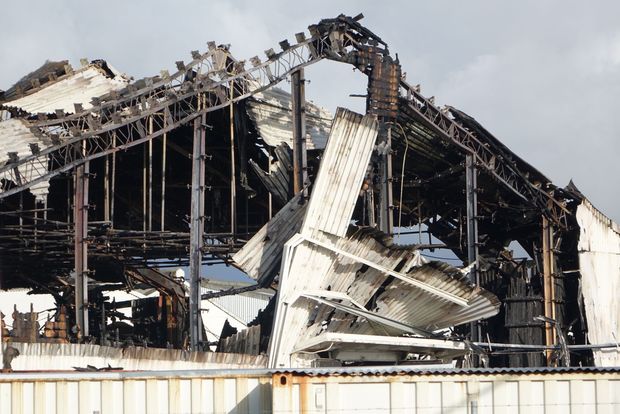 The fire at Auckland Film Studios in Henderson started about midnight Wednesday and at its height 18 appliances and about 60 firefighters worked to get it under control.

The sequel to the international blockbuster Crouching Tiger, Hidden Dragon is in its first week of filming.

The blaze was in a workshop housing models and set equipment for the movie which features some of China's biggest stars, but did not affect the studio where filming was taking place and filming is not expected to be disrupted.

Fire Service assistant commander John Booth said the blaze was at one end of a large workshop and spread quickly through the ceiling.There were a lot of toxic fumes from polystyrene and other chemicals at the site. 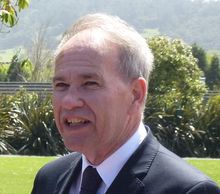 The fire is not being treated as suspicious. The services' fire risk management officer, Chris Lewis, said the damage is not as bad as it could have been, as the building design allowed a lot of heat of escape. Investigators are focusing on a particular area of the studio and hope to know the cause of the blaze by Friday.

The studios are owned by the Auckland Council and have been home to New Zealand and other overseas productions, including Legend of the Seeker and feature film Mr Pip.

Mayor Len Brown said the city's film industry is booming and the fire couldn't have come at a worse time, as there are a number of films being shot at the moment, employing up to 5000 people.

"I have no doubt that our staff, and the construction industry will work flat out to get this building up and going again at warp speed."

Mr Brown said the council is working closely with the production company while it works out how to repair the building. 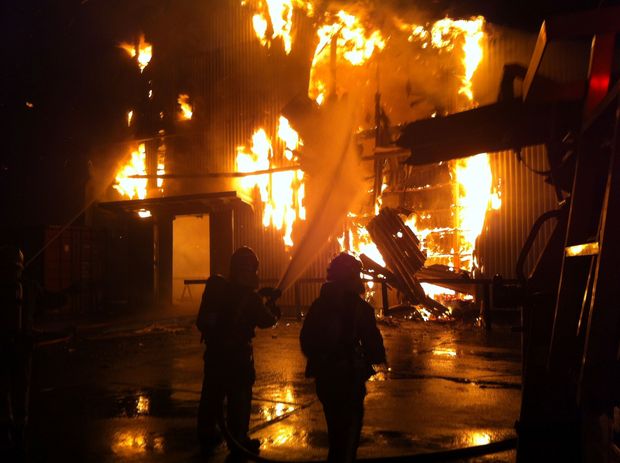 The fire was at one end of a large workshop and spread quickly through the ceiling. Photo: SUPPLIED