The search for the driver of a freight truck that plunged off State Highway 1 south of Kaikoura has been suspended for the night.

Rescue teams have been unable to find the man who went off the road in the Hundalee Hills near the intersection of Claverley Road about 5.30am on Wednesday. 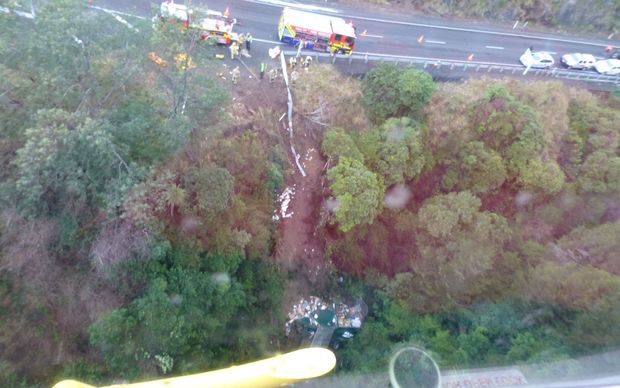 Rescuers have abseiled about 20 metres down the bank and pulled the apart the cab with the jaws of life. Police believe the driver is in the wreckage, but the steep terrain is making access difficult.

A crane has been used to stabilise the truck carrying dangerous chemicals.

Sergeant Graeme Crosson said an infrared camera would be used to look for body heat in the truck, but hopes of finding the man alive are slim.

"It would be remote - it's been barely 3 degrees (Celsius) all day and raining, so it's been cold and now time's marching on. We'd like think so, but I think it's possibly remote."

The search will resume at daybreak on Thursday. 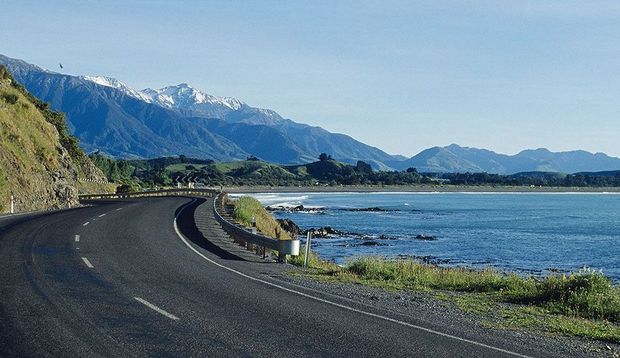