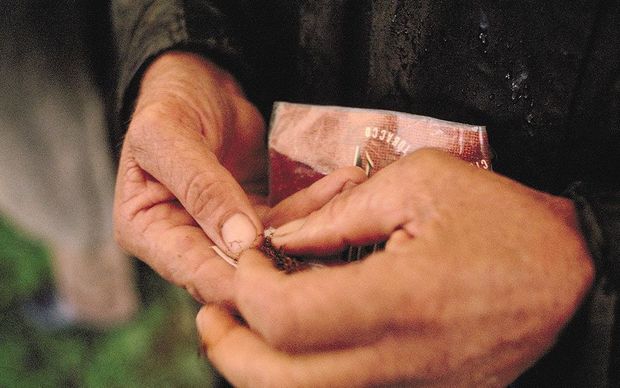 The risk of lung cancer for smokers increases if they are exposed to white asbestos. Photo: PHOTO NZ

Canterbury's medical officer of health has warned that white asbestos is more harmful than previously thought.

White asbestos, or chrysotile, was commonly used between 1940 and 1990 in the construction of buildings and homes in New Zealand.

Medical officer of health Alistair Humphrey said two other types, known as blue and brown asbestos, were also used, but were considered much more harmful than chrysotile.

Dr Humphrey said it was well-known that the risk of lung cancer for smokers increased if they were exposed to white asbestos, because of the way the chemicals interacted.

But he said chrysotile's true effect was not understood because most people who worked with asbestos smoked as well.

"Previously we had thought chrysotile was the least harmful of the three forms of asbestos [white, blue and brown asbestos]. White asbestos interacts with cigarette smoke and causes lung cancer.

"Its effect was previously masked by the fact that most people working with asbestos smoked as well. As people have stopped smoking, the rate of decline of lung cancer has not been as great as people had thought it would be, in other words, chrysotile asbestos is not quite as benign as some of the older guidelines suggest."

The medical officer said those involved in the Christchurch rebuild had the perfect opportunity to remove asbestos, but it's been lost.

A number of residents in Canterbury have told Radio New Zealand that they believe they have been exposed to asbestos fibres during quake repairs.

Dr Humphrey said the hazard has been left in homes to be covered over rather than completely removed and was used in many different areas such as roofs, ceilings, and floors.

"White asbestos, [chrysotile] is the most common form of asbestos used in the last few decades. People's perception of white asbestos should change."

He said that in the past the Earthquake Commission and Fletcher EQR have implied that it was the least harmful, but recent evidence now indicates it is not as benign as was thought.

Australian professor and asbestos expert, Bill Musk, said research carried out by him and other specialists examined the relationship between exposure and disease.

Professor Musk said that so far they have been unable to identify a level of exposure below which there is no risk of developing asbestos-related diseases, particularly malignant mesothelioma.

He warns that if people have asbestos in their home they should be careful in how they clean it up.

"Do not just get the broom or vacuum out. The vacuum filter will not collect asbestos and will disturb what asbestos is lying around."

Professor Musk said covering up asbestos via enclosure or encapsulation are ways of reducing contamination of the environment, but said it's only a short-term reduction in exposure because the asbestos is still there and likely to be disturbed.

In December of last year Professor Musk said at an asbestos conference in Christchurch that he was shocked by the scale of quake damage and the huge potential for contamination.

He said New Zealand needs to completely ban the importation of asbestos as the Australian government has done.

When asked for a response to Alistair Humphrey's comments, Fletcher EQR told Radio New Zealand to refer its request to the Ministry of Health. The ministry has not responded to Radio New Zealand's request for comment.

EQC has not responded to a request for comment.