A fur seal which badly injured a man in New Plymouth has probably gone back out to sea, the Department of Conservation (DoC) says.

The 85-year-old was walking along New Plymouth's coastal walkway on Saturday morning, when he was bitten by a young male fur seal.

DoC spokesperson Darryn Ratana said the seal came back to a more isolated part of the beach on Sunday night but was now believed to have gone back out to sea.

DoC would assess how it handled the incident when it met council staff next week.

"When we get back work and sit with the New Plymouth District Council, we'll be looking at all of our systems and (whether) they're working as they should be."

It was possible additional signage would be erected along the walkway, he said.

A Taranaki Base Hospital spokesperson said the elderly man was in a stable condition on Sunday following surgery to clean his wounds.

The Department of Conservation (DoC) has placed a cordon around a section of beach about 400m from the walkway where the man was bitten and where the seal has been spotted.

DoC spokesperson Darren Ratana said the fur seal was a young male, and they were known to sometimes be aggressive. It was recommended people keep at least 16m from the seals, he said. 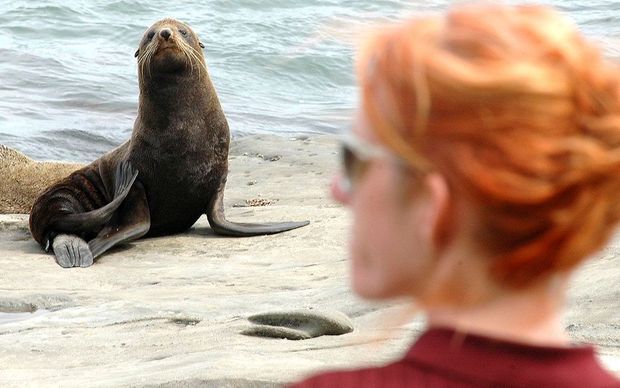