A rural principal says while Gypsy Day means a lot of work for farmers, it's also a difficult time for country schools.

The first day of June is called Gypsy Day as it marks the start of the new dairy season, when sharemilkers around New Zealand shift farms to start new contracts.

Dianne Pendergast is principal of Lauriston School near Ashburton in mid-Canterbury. She says the uncertainty of where pupils and their families will be can be stressful for teachers trying to plan class sizes.

She says while this year has been better than others, her school could have families turning up on Tuesday wanting to enrol their children, with no prior warning.

Ms Pendergast says it's also hard for the pupils, being uprooted from season to season.

Thousands of dairy farmers and dairy cows moved on Saturday for the new season starting on Sunday.

Federated Farmers says there are about 4000 sharemilkers in the country - 800 of whom will switch farms this year, along with their families, workers, and cows.

The chair of the federation's sharemilkers' section, Neil Filer, says safety is crucial, with rural roads in dairying regions being abnormally busy. 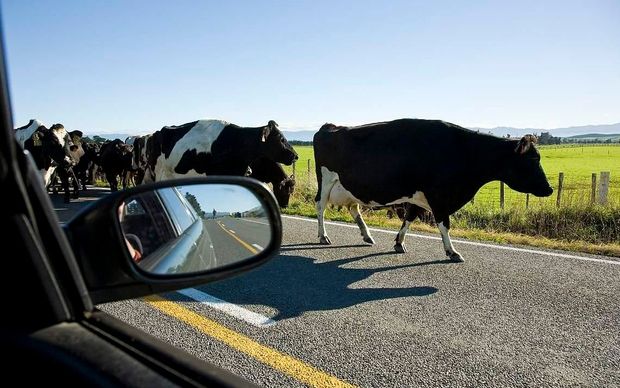 A lot of dairy cows are on the move - along with their owners. Photo: PHOTO NZ