Plans for a new convention centre with a five-star hotel opposite Te Papa have been unveiled by Wellington City Council. 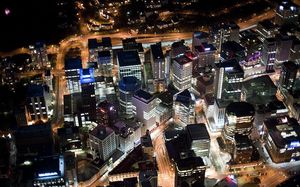 The centre would have capacity for 2500 people, and is expected to create more than 200 jobs.

She said demand is increasing, but the lack of a purpose-built venue has prevented the city from fully capitalising on the revenue from such events.

Ms Wade-Brown said private developers will make the capital investment and no rate increase was expected to help fund it.

She told Morning Report the development will not increase the debt of the city and will bring jobs and money to the capital.

She said the council would make an annual contribution to the centre but she won't reveal how much that might be.

A business case will be put to councillors next month.

The head of Wellington tourism said the proposed convention centre would increase the number of international conferences in the capital.

He said currently most delegates were local, with only a small proportion from overseas.

Chris Parkin owns the nearby five star Museum Hotel and welcomes the idea and he said a public-private partnership is the way to run the venture.

He said because many of the benefits of a convention centre would accrue to the community it's logical for the council to underwrite the project.

Councillor Jo Coughlin said there may be a need to subsidise the first three or four years of the centre's operation.

She expects the project will cost between a $100 million and $200 million.