Carter Holt Harvey could be penalised nearly $2 million for its part in an Auckland price-fixing scheme.

The Commerce Commission says the company entered into an understanding with Fletcher Distribution to fix prices on structural timber for commercial construction in Auckland. 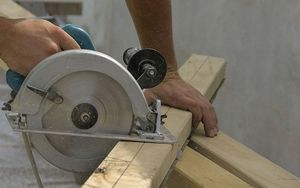 Commission lawyer John Dixon says the price-fixing operated out of two of Fletcher's Placemakers shops in Auckland during late 2012 and early 2013, and involved MSG-8 timber.

He says it has not been possible to determine the company's precise commercial gain from the scheme but Fletcher's has said its shops benefited by $100,000.

Mr Dixon and Carter Holt Harvey have agreed on a recommended penalty of $1.85 million for the company, and a $5000 fine for a company sales manager, Dean Dodds, for his part in the scheme.

The judge has reserved his decision.