Otago and Southland sheep breeders have unanimously rejected an AgResearch plan to shift most of its science staff from Invermay near Dunedin. 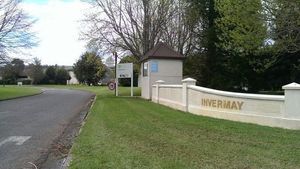 The Crown Research Institute has proposed shifting about 80 mainly animal genetics scientists to a new research hub in Lincoln in Canterbury by 2016.

But at a heated meeting called by the Southern Texel Breeders' Association in Gore on Wednesday, AgResearch Board representatives were given the clear message the group opposes the move.

AgResearch chief executive Tom Richardson, along with another executive and two board members, fronted up to a meeting to explain its Future Footprint strategy.

That involves concentrating the Crown institute's operations at expanded research hubs at Lincoln, near Christchurch, and Palmerston North.

"To Sam and Tom and to the board, the message I want you today to take back to the minister is that we are angry. We are angry at the likely outcome."

The Government and AgResearch must be blind not to see Invermay's potential as a national genetics hub, Mr Gardyne said.

He earlier said the association asked for the meeting because AgResearch did not consult Otago and Southland farmers about its plans.

"In effect, they'd trawled down Featherston St in Wellington and sought responses from Federated Farmers and from Beef and Lamb, and hadn't initiated any consultation meetings with farmers in Otago or Southland," he said.

"So we were concerned that they hadn't been down here, they hadn't answered questions that we had to put to them, hence the meeting."

Farmers were concerned at the prospect of losing contact with sheep breeding scientists at Invermay and wanted an assurance Invermay would not eventually shut down completely, because the campus would not be viable with only a team of 30 or 40 there, he said.

AgResearch had previously said the Future Footprint strategy would position it for the long term to deliver better science more effectively to New Zealand farmers, the pastoral sector and the economy - and its business case backed that.