Kayakers have been able to make their way alongside Auckland's North Western motorway as a king tide hits the city.

Motorists were warned to take care on low-lying roads near the Waitemata Harbour on Sunday morning because of the tide which was forecast to be particularly big.

Kayakers have been paddling through mangroves and onto the flooded cycleway that runs along a stretch of the North West motorway between Waterview and Rosebank Road.

Cyclists and walkers along the same route have had to make their way through knee-deep water. 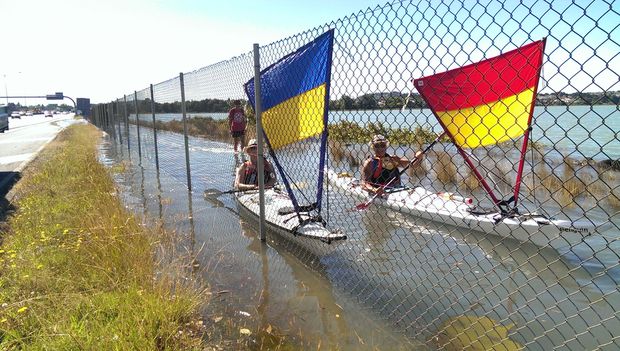 On Tamaki Drive, in the city centre, some minor surface flooding occurred but police say no major problems have been reported since the tide peaked about 10am.

The tides are up to 60cm higher than normal tides and are expected to last until Tuesday.