An Auckland Council agency has been tracking the habits of dozens of commuters to better understand why they use or don't use public transport. 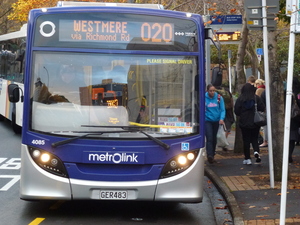 Auckland Transport has hired consultants to work out what needs to be done to make the network easier to understand and use.

The consultants have been following the daily journeys of 30 public transport users and 15 people who use their cars.

Consultant Geoff Suvalko said one motorist had never thought of using buses, but found it quicker and cheaper when he was persuaded to try.

Possible improvements include clearer signs, better information and mobile phone technology to alert commuters when their bus is approaching.