Penny farthings are gaining a whole new popularity in Oamaru.

He said he had been practising for the penny farthing championship race for a year, after seeing a man riding one through the town.

He also intends to represent New Zealand at the world championships in Australia next year.

Mitchell says a few years ago, nobody was riding the large-wheeled bicycle, but this year about 12 penny farthing riders have just completed a tour from Mount Cook to Oamaru on a new cycleway. 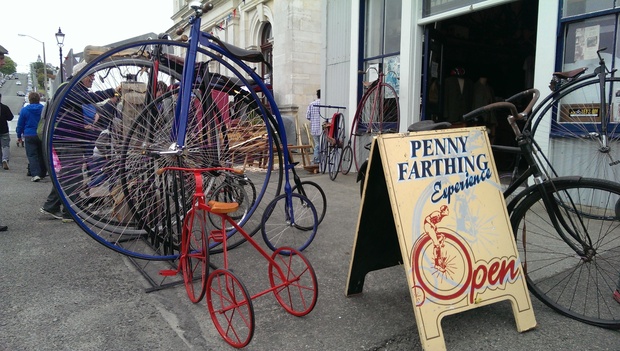