A fifteen-year-old West Coast boy, who had been missing for more than a week after getting off a bus, has been found. 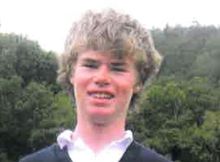 Liam Stirling walked into the Queenstown police station on Wednesday afternoon after being reported missing from Paringa on 23 October.

West Coast area commander Inspector John Canning says the teenager had hitchhiked to Queenstown and had been sleeping rough for the past seven days.

Mr Canning said he had not been a victim of any crime during that time, but would have some questions to answer as to what he had been up to.